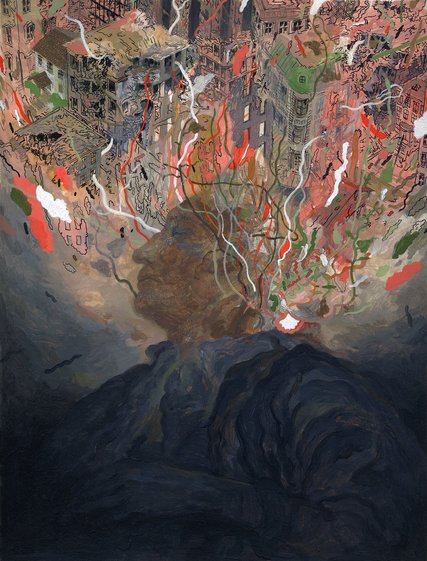 Below is a powerful and personal illustration by Siri Hustvedt, writing in The New York Times on February 20th, 2012 of the emotional impact of her automobile crash over ten years ago.  Her discussion about the interplay between the body and the mind as it relates to emotion and psychological health is important.  Sometimes in therapy and in modern life we can spend too much time solely examining the world of the mind. Recurrent, negative, contradictory or aggressive thoughts can trigger anxiety, fear and an enduring sense of unease or depression.

While it is of course vital to challenge negative and illogical thought patterns and seek to find more healthy and affirming ways of thinking, we should not ignore the simple healing power of the body. Exercise, rest, deep breathing, stillness, meditation and deep relaxation are the body’s tools of soothing mind and spirit. But we are less attuned to it often than we are to our thoughts and “figuring out how to solve” our problems exclusively with our brainpower.

Anxiety: We worry. A gallery of contributors count the ways.

In August of 2002 I survived a car accident. Although I can still see the van speeding toward us, I cannot bring to mind the crash itself, only its aftermath. I see the ruined windshield in front of me, the Brooklyn street, the sky and clouds. Everything is black, gray and white — no color. My husband is speaking to me from the driver’s seat, but I cannot answer him. All I know is that I do not want to move. I feel at once serene and distant. I have this thought: If I’m going to die, this is not such a bad way to go. Some time later, a man’s voice tells me that the Jaws of Life will make a lot of noise, and I think to myself, I don’t care.

What happens to us becomes part of us, body and mind.

As I lie on a gurney in the emergency room and a woman cuts off my clothes with large scissors, I feel grateful that I’m wearing jeans and a cotton sweater and not something expensive. After two CT scans, it is clear that my neck is not broken. I am bruised and battered. That is all.

For four nights after the accident, I relive what I cannot remember by day — the moment of impact, the blasting jolt to my body, the roar of collapsing metal and splitting glass in my ears — and I wake with a scream in my throat, my heart racing, my limbs stiff with terror. It feels as if the collision were happening again. 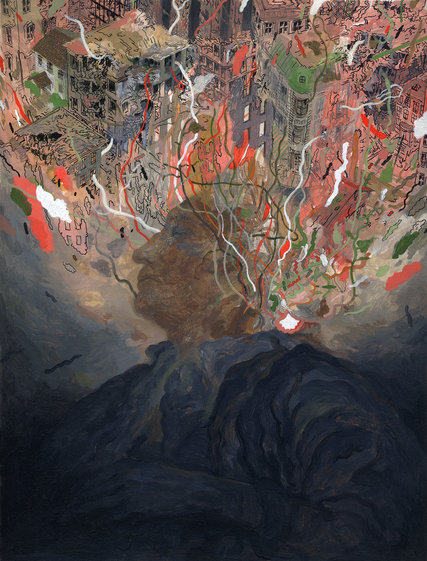 Although it was terrible, I am oddly grateful for the experience because it offered me an insight into the strange realities of emotional trauma. Although I recall those nighttime flashbacks, I still am unable to remember the smash-up itself. My inability to recall the collision, my frozen indifference to what had happened to me, and my nightmares are classic symptoms of trauma. My suffering was too short-lived to have qualified me for a diagnosis of post-traumatic stress disorder. I fit the criteria, however, for acute stress disorder, which must last at least two days but no longer than a month. According to the Diagnostic and Statistical Manual of Mental Disorders, or DSM, acute stress disorder, like PTSD, begins with an “extreme traumatic stressor,” followed by intrusive memories or nightmares of that event. Further, the person must show dissociative symptoms — numbing, detachment, depersonalization or emotional unresponsiveness. The DSM defines dissociation as “a disturbance or alteration in the normally integrative functions of identity, memory, or consciousness” — all of which are understood as “psychological phenomena.” But what is psychological? And how is it different from physiological? Even the DSM acknowledges that the distinction between mental and physical is “a reductionistic anachronism of mind/body dualism.”

After the accident, I was clearly in a dissociated state — weirdly detached from myself — and although I left the hospital without an injury that could be seen on a CT scan, both my memory and my sense of self had been altered by the shock.

My amnesia for the accident and the flashbacks that followed, belong to my psychological state, but they are also, of course, part of my physiological state that involved changes in my brain. This is obvious, and yet this truth has led to a lot of confusion, not only about PTSD, but all mental illnesses.

Both depression and anxiety disorders, for example, are repeatedly described in the media as “chemical imbalances in the brain,” as if spontaneous neural events with no relation to anything outside a person’s brain cause depression and anxiety. No doubt, people find the idea of “a chemical imbalance” comforting: It’s not all in my head, there’s something really wrong with me physically — a brain problem. Just balance out those neurochemicals, and I’ll be fine.

Over a hundred years ago, the French philosopher and physician Pierre Janet (1859-1947) argued that the emotional shock, which accompanies a terrifying event can result in dissociation. The memory of the experience vanishes from ordinary waking consciousness and then appears in nightmares, waking reenactments, or takes the form of various bodily symptoms. For Janet this was a psycho-biological phenomenon that involved both “ideas” and physical “functions.” Janet’s theory prefigures contemporary thinking. Emotionally charged, unbearable memories of violent, terrifying experiences appear to be processed differently from ordinary autobiographical memories, the ones we can voluntarily summon in words and locate in the past: “I remember my lunch with Fred last week” or “I used to love visiting my grandmother on Sundays.” Janet maintained that what was missing in reenactments was a sense of both will and ownership, the “I feel” or “I remember.” Flashbacks are involuntary, inflexible and appear to be far less subject to change than the memories we can actively bring to consciousness. Flashbacks rarely involve language. Mine certainly didn’t. They were visual, motor, and sensory, and they took place in a relentless, horrifying present. The terror that escaped my dissociated post-accident self returned with a vengeance as a nightmare, and although I recall those nighttime flashbacks, I still am unable to remember the smash-up itself.

Neurobiological research has shown that in people with chronic PTSD both stress hormone secretion and areas of the brain connected to memory function, such as the hippocampus, appear to be affected, although exactly how and why remains controversial.  And it does not necessarily follow that PTSD is caused by an “imbalance” in a stress hormone like cortisol or an altered  hippocampus. Cause is a tricky concept, one the DSM has chosen to avoid altogether in favor of purely descriptive diagnostic criteria. An adequate description of PTSD or depression or any mental disorder must include the patient’s subjective experience.

Scientists continually warn that “correlation is not cause.” The relation between a person’s inner psychological reality and its “neural correlates” remains an enormous philosophical and scientific problem.  In the name of the easy reductive answer, however, the popular media in all their forms mostly ignore the issue.

It is not known why some people develop traumatic symptoms and others don’t. My husband, daughter, and the family dog were all in the car with me, and I was the only one who came down with acute stress disorder. Then again, I took the brunt of the shock. The van hit the side of the vehicle where I was sitting. Apparently, children of people who suffered from  PTSD have a greater chance of developing the illness, but why they do remains mysterious. There is no PTSD without emotional trauma, but some of us may be temperamentally more disposed to become ill with it than others.

Read previous contributions to this series.

My late father, who fought in New Guinea and the Philippines during the Second World War, had repeated flashbacks at night after he returned to civilian life, and once while he was awake —  the intrusive memory seemed to have been triggered  by a hymn he was listening to in chapel. As the horrible images unfolded before him, he began to shake uncontrollably, and he found himself back in the Philippines witnessing what he believed was the unwarranted killing of a Japanese officer.

As an infant I had febrile convulsions. In 1981 I had a brief seizure that threw me against a wall, followed by a yearlong migraine. In 2006 I developed a mysterious seizure disorder that manifests itself in violent shaking, which I now control with medicine. The shaking symptoms first appeared when I gave a speech in memory of my father, but I also once had a seizure while climbing a mountain, which was probably caused by hyperventilation.

It is tempting to link my shaking and my flashbacks to my father’s. The question is how? If there is a genetic susceptibility to PTSD, it remains unknown, but both strong emotion —  a psychological state —  and a lack of oxygen —  a physiological  one —  are known to cause seizures.

PTSD is a relatively new term, but emotional trauma has been cataloged in various ways and gone by many names over time — soldier’s heart, railway spine, shell shock, battle fatigue, hysterical neurosis and the one I think is most apt, physioneurosis. The last term was coined by Abram Kardiner in 1941 to describe the enduring psycho-biological damage sustained by his patients on the battlefield.

The brain is a dynamic, plastic organ. It develops and changes through our experiences in the world. Our subjective feelings of joy, sadness, irritation and shock may all be understood as fluctuating brain states, but they are responsive states that occur in relation to what happens to us. This is brutally clear when it comes to PTSD.

When I wobbled out of the hospital in my huge paper scrubs, after losing my clothes to that pair of scissors in the emergency room, I was told to return if I developed headache, nausea or dizziness (signs of a head injury missed by the scan), but no one mentioned that I might be subject to nightmarish repetitions of the accident.

Luckily, my flashbacks disappeared, but I am still often anxious when I ride in a car. My muscles become tense. I feel a constriction in my lungs, and I avoid looking ahead into the traffic. A bump in the road, a sudden stop, a loud noise — all of these make me gasp in fear. I am not entirely free of the “physioneurosis” that began with a car accident almost 10 years ago.

Siri Hustvedt is the author of a book of poetry, five novels, two collections of essays and a work of non-fiction, “The Shaking Woman or A History of My Nerves.” Another collection of essays, “Living, Thinking, Looking,” will be published in June. 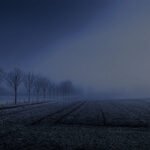 Through the Fog: Understanding Trauma 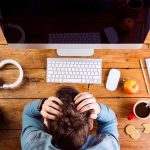