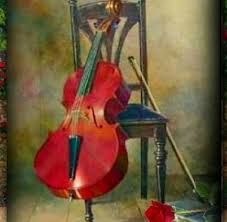 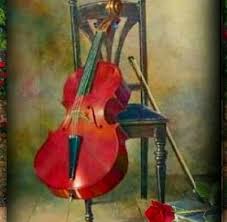 Healing, personal growth and freedom from pain and suffering comes from many sources. As might seem obvious, as therapists, the most common answer that we hear to the question, “What brings you into therapy?” is the answer, “I want to feel better.” People come for a wide range of reasons. Some come seeking a specific kind of treatment such as Cognitive Behavioral Therapy or Hypnotherapy or something other that they believe or have heard will help. But when queried further, most people will agree that “whatever helps” is the care they most want.

Nothing is more human than the urgent need to relieve suffering and move towards health, clarity and happiness. Music is an elemental and vital quality of being human. For thousands of years, in every culture the power of music to inspire, to motivate, to arouse passions, as well as to soothe and to heal is clear.

It is our pleasure to share with you some of beautiful, contemplative and peaceful offerings of Marika Takeuchi. By sharing her musical gifts, she also shares the opportunity for healing and growth from which she herself has benefited. Below is her introduction and her story.

Composer and pianist Marika Takeuchi a native of Japan, began studies in classical music at the age of three. She began studying composition at the age of 18 at Shobi college of Music and continued her study at Berklee College of Music. as well as being strongly influenced and fascinated by classical impressionism and film music, her passions have been also extended into new age music, as she truly believes that music has the profound power to heal and change people’s lives.

I am a composer and pianist, I write healing piano and chamber music. The reason why I write healing music is that I have experienced the profound therapeutic power of music when I was suffering from depression nearly 10 years ago. I was born and raised in Japan.

My parents are successful and none of my family is a musician. They were very strict and I was expected to be what they considered to be “perfect” – I had to be good at study, music, sports etc… I remember. I barely had time to play with other children. But I wasn’t good at anything besides music and as I grew, I started feeling stressed out under their pressure and very unconfident about myself.

I started being isolated from friends and finally became unable to go to school. I lost my mental balance and quit everything I had to do including music. I spent years without motivation for anything, constantly depressed, scared of what people think of me. I was even having kind of delusion of people laughing at me on streets or wherever I was.

The relationship with my family was not pleasant, and I didn’t have any place to feel relief. I spent so much time alone being addicted to anti depressants. It is I believe also because I was always in Tokyo, one of the biggest cities in the world. Everybody in the city think they need to be successful and rich,and very conscious about how they look to other people. I was totally left over from the society.  But one thing it kept helping me was that I kept playing piano on my own whenever my family wasn’t home.

It was the only way to feel relived and to be myself. Also movies were always my friends as well, they made me escape from my problems in my reality and I always liked the film score with piano and strings,which healed my mind.

After high school, I entered a music college, majoring composition. It wasn’t like I had big passions about becoming a professional composer at the time,it was more like it was the only possible subject I was interested in and capable of. I still had difficulty communicating with others or even just going to school, but one day some simple event at school had changed my life entirely. It was the evaluation of my first composition, in which I played my piece in front of professors.

After I finished playing, the professors clapped and said “Great job, you’re very talented” – I know it was a very simple comment, but I realized that I hadn’t been given any compliment for a long time, and how desperately I wanted to be accepted by somebody. And most of all, I felt the pleasure of creating something new. There is no way to be judged by how it should sound like, or being compared to somebody else who have played it before – I can be exactly who I am. I cried like a baby on the way home on the day, feeling like that a big hole I had had in my heart for the whole life had been filled for the first time.

Since this time, I spent all of my time studying composition, being addicted to writing instead of antidepressants, stopped thinking about what other people think of me, and started having a good relationship with my family. Believe it or not, I became a totally different person. I was writing music to heal myself in at the beginning. I was afraid of going back to the depression, so I kept writing uplifting, healing pieces, thinking of what I would have wanted to listen to in my dark period of time. Then eventually started thinking that I want to help other people with mental problems using my music. Because I know how hard it is to overcome the problems, how hard it is to be understood by even your family or friends, and how gently the piano sound talked to me when I was suffering. I know our lives are complicated and it is not always the case that music could simply solve all the problems. But I strongly believe in the healing power of music, and I want people to feel relief and calmness, and escape from their problems in their real life through my music.

One of the most respectable photographers who I had worked with once said in an interview, “Life is complicated and there are so many problems we have to solve in the world. But sometimes we just should stop walking, look up the sky and appreciate the beautiful moments”. I totally admire and agree with what he says.

If we all can think of beautiful moments in our daily lives as much as being concerned about the problems, there could be less stressful lives.I believe it is our jobs as artists to bring the beauty and inspiration to people’s lives. I want to prove that there is always hope in life, even though we feel like we are in a dark deep cave with no way out when we’re depressed, there is a way out, and a clue to the answer might be very simple. And music can help people find their clues, just like it saved me. 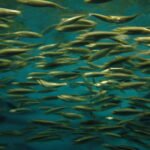 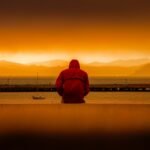 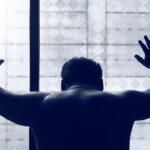 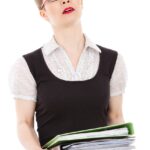