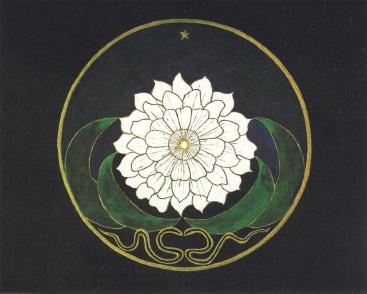 The concept of synchronicity was initially posited by the psychoanalyst C. G. Jung as being an incident in our lives that reveals itself as a significant, or consequential, coincidence, which apparently has no causal relationship to one another yet seems to be, in fact, directly related. The psychic healer and medical intuitive, Caroline Myss, claims that synchronicity is prevalent in our daily lives. Some writers, for instance, experience typing the same word as it is being spoken as they may hear it when they have the radio on while working. You think of your best friend in fifth grade while shopping at the mall, and when you turn your head, arms full of wrapped gifts, there she is smiling, having stopped right in front of you.

What if you organize your life to such a degree that all is laid out the night before — as ritual? What if you are having Sunday breakfast before going to the mall, the day after a snowstorm? If there was an anxiety meter, you wouldn’t be registering any. You have just finished reading your daily affirmation in Words to Live By by Eknath Easwaran (Ish-war-an), a spiritual teacher who founded the Blue Mountain Center of Meditation in Berkeley, California.

Easwaran prefaces his thought for the day by using a quote from literature, or from a spiritual text, such as The Upanishads, from which he was an expert interpreter. What if the quote was from William Wordsworth, from his Ecclesiastical sonnet, “Inside King’s College Chapel, Cambridge,” which reads: “Give all thou canst; high Heaven rejects the lore/ Of nicely-calculated less or more?” What if Easwaran’s last paragraph of the guidance for the day reads, “But the spiritual approach is very simple. Whatever you give—it may be a check to a worthy cause, it may be clothes to a person who is cold, it may be food to the hungry, it may be medical help to the sick—do it without thinking of getting anything in return. Do it as a service to God, not reluctantly, but with joy.”

Then what if your landlord who is plowing a part of the iced-over driveway, where your car is parked, knocks on your door? It could be just the person who plows your driveway. It could even be a neighbor who you have known for many years. It could be all of those people rolled into one. He is angry because he phoned you earlier but you were in the shower, and you didn’t hear the phone ring. He is angry because of many reasons: he had to wait several hours to borrow the plow truck, he has been salting the driveway since early morning, he is tired, and he is cold — all of the above.

Standing outside with him beside your car, which you are about to move, the weight of his anxiety snaps his otherwise taciturn nature and good intention, and he says, “We need to live in the real world. If I am offending you, I can’t help it. I am not sensitive [with the ellipsis filling the air with ‘like you’],” his eyes burning directly into you.

Well, here it is: your opportunity to accept this moment of synchronicity in either accepting a challenge to engage in a verbal exchange you immediately know you will rue, even by only defending yourself, even by just uttering one inconsiderate word. However, you can, indeed, offer him “not reluctantly, but with joy” by giving “all thou canst.” Your intuition is ringing like a bell: there is nothing you can do to assuage him or the situation. Your inner voice is exclaiming, “Let go of his insinuation that you don’t live in the real world. Just let go. Let go of being right. Let go of being wrong.”

Driving over to the mall in the winter rain, tapping lightly on the hood of the car, you feel a sense of peace. No amount of preparation could have prepared you for just being in the moment, being present, being in harmony with a moment of synchronicity in your life in which your anxiety wasn’t a determining or detrimental factor. As Easwaran intimates: doing something “without thinking of getting anything in return” is veritable joy enough to fully grasp “High heaven” rejecting “the lore/ Of nicely-calculated less or more.”

You don’t even really feel a need to share your new secret with anyone that you feel you are, truly, living in the real world. 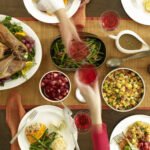 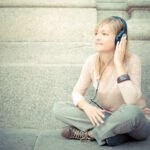 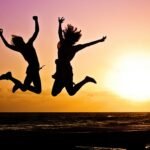 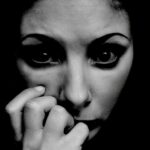