Image by Gerd Altmann from Pixabay

Multitasking Can be Bad for Your Mental Health

For a while, it was considered positive to be able to multitask. The idea was that people could take on our 24/7 society and be more productive by doing two things at a time, like sending emails while watching TV, or texting plans for tomorrow while doing homework.

Now research is showing that we are actually more productive and calmer when our brain focuses on thing at a time. The more important finding from research is that multitasking can be damaging to mental health.

Researchers at Stanford University found that people who try to focus on several streams of electronic information at once are paying a price with their diminished ability to do one task well. Multitasking has been found to negatively impact memory and the ability to focus.

A study done at the University of London showed that multitasking actually lowered a person’s IQ. Researchers found that participants who multitasked saw a decline in their IQ similar to someone who had gone without sleep for a night.

Even more disturbing are findings from research at the University of Sussex in England. MRI scans of the brains of people who spent a lot of time on several devices, like phones, computers and TV, had less brain density in a region that affects empathy and cognitive control. So far, it’s not clear whether that finding about the brain means multitasking on electronic devices causes that density issue, or that people who already have that brain formation tend to multitask. However, the risk of changing brain functioning seems to put a shadow over any potential value of multitasking.

The Anxiety of Multitasking

The effect of multitasking can be an overall sense of anxiety because the brain is trying to juggle too many things at once, when it’s naturally more comfortable focusing on one task at a time.

Some studies have found that multitasking can increase negative emotions, make a person feel more irritable or impatient, and even lead to chronic stress.

3 Tips to Break the Multitasking Habit 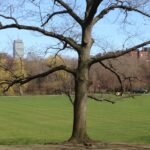 Trauma and Recovery: Education After the Boston Marathon Bombings 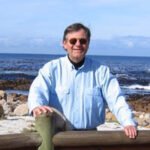 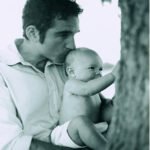