Anorexia: The Reality Of Inpatient When You Want To Be Well

Eating disorders are complex illnesses, which makes the treatment of them hard. This is the experience of one individual struggling to recover, told through the lens of one morning on an inpatient ward in England. Desperate to recover, she was struggling to eat enough to do just that. A battle in her head became a battle in the dining room. But one that she had to keep fighting.

I just wanted to be happy.

And so this meant I had to change. Words that had once been so entrenched in my vocabulary started to become edged out. I can’t, won’t and don’t were repThe reality of inpatient when you want to be well laced by I choose, I have not previously, I can, I may, I do, and I am capable. It wasn’t an easy change, the adjustment of a whole lexicon that came with the illness, but slowly my dictionary was being rewritten.

I was starting to see my eating disorder as less of a binary state of being unhealthy or healthy, broken or fixed, ill or recovered, and more as a process in which I was constantly learning. At the start I had been so triggered by the competitive nature of those with eating disorders, wondering whether was less sick or more sick than them, and whether was failing when I ate. Recently something in head changed. I had decided to play a new game, and instigate new rules. It wasn’t about not having butter, only eating with a teaspoon, refusing carbohydrates unless I had exercised, but about living life. When someone came in and wept over their butter I did not long to be like them and nostalgically remember my severest days, but realised that I was further the path to recovery than them. When someone set for themselves a big scary challenge that was actually a subtle dig at the big scary food I had all the time, I welcomed the idea that I was becoming more normal, and that I could only do so by becoming less anorexic.

Running my fingers along the waistband of my elasticated trousers, specially selected so as to make it less easy to measure weight gain, I tried for the millionth time to focus my attention on the benefits of recovery. Not living in a psychiatric ward for one. Being herself, going for dinner, laughing with friends, taking responsibility, walking on the beach, fresh air, feeling awake, being able to run, accepting challenges, having energy. And chips. And wine. And cheese. It wouldn’t be that bad surely. If only things were as simple as a decision. But for too long I had been punishing herself and perpetuating the illness from an anger towards being ill and a fear of what else is out there. I had had enough.

The difficult part was this feeling of stasis. The thrill of the permission to eat had gone and the excitement for a new start in life waned. But I was no longer in the dizzy arms of my eating disorder. It was like going back was no longer an option, but neither was there any clear sight of a life without the anorexia. It was just a constant cycle of eating and reading and sleeping and starting again. Most of the time it was ok, but I had to tread carefully because at any moment a trigger may send me plunging into freefall. But equally, I was no longer ill enough to be a worry, have constant vigilant carers. I felt like I was suspended in a boring space that would never end.

But the task of creating oneself loomed insurmountable. I never wanted to go back. I didn’t want to stay here. But the thought of where I was headed remained as daunting as ever. Writing and rewriting the past was no longer serving her, but there was a real sense of stasis.

I was being kept on the ward for ‘extra support.’ My weight chart, originally ascending at a perfect 45 degree angle has now flattened out. So they were keeping me here, on the ward, to help.

I spent my days surrounded by people who have no intention of ever recovering. They were not even aware they are ill. Sometimes I envied them. To be so embroiled in the illness and detached from reality that they don’t even know what they are doing.

I felt greedy. I was the only one eating solid food. They sat and swap stories about the first units they were in thirty years ago, or their favourite flavours of Ensure. I felt different. It made me feel guilty – and arrogant. Who the hell was I to think I am different, or could have a better life than this people? I might think I am unique, but I too was in thrall to an emaciating and debilitating disease. My life had been reduced to being a tormented bony creature perched on a weighing scale. I’m pathetic.

Breakfast time. The bell rang. Just like Pavlov’s dogs, I came out for my food. I was handed a tray with a coffee, some juice – and an empty bowl. I can only assume there was the assumption that I will get my own cereal from the cupboard in the unsupervised dining room. I wet into the room and think about this. I had been given an empty bowl and told to go and sit in a room on my own for half an hour. If I were struggling, which my weight would suggest I were, and if this is support, which I was told it is, it seemed slightly bizarre. I sat for a bit, staring at the white ceramic. The perfect opportunity to restrict. No one would ever know. I’d just swirl the milk around in the bowl and be done with it.

But where would that get me? Another weekend here. Feeling not unlike Oliver, I carried my bowl to the kitchen.

‘Please, can I have some food?’

The anorexic voice was beating me, welling up inside, anger coursing up like shards of metal in my throat.

What are you doing you greedy bitch?

As I sat eating my breakfast, I try to remember that I am getting my life back. 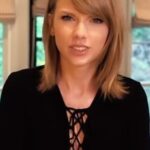