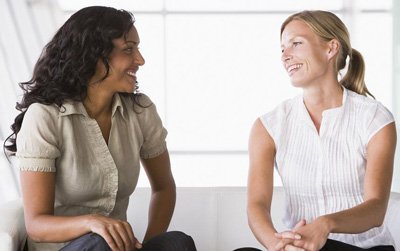 Psychologist Ellen Holtzman has a practice in Wakefield, Mass. and often works with clients who have anxiety. The psychologist reviews the anti-anxiety medication one client is taking, and though it’s often effective for many people, it seems less effective for Ann, her client.

Holtzman and Ann work with cognitive behavioral therapy, on how thoughts influence feelings and how errors in thinking can cause anxiety.

The therapist considers that Ann’s shortness of breath, which brings on fear of having a heart attack, may be catastrophic thinking. Correcting that type of thinking could lessen the anxiety. The psychologist suggests to her client that running up the stairs causes most people to be out of breath, so therefore, being out of breath is often a normal condition.

The client has a fear of cancer, something the therapist has already faced, and in confronting that, has recognized her own mortality.

“Maybe I envy other people’s good health, but their unfounded fears of cancer and death try my patience,” Holtzman thinks to herself. “Come on, Ann,” the psychologist continues in her own private thoughts. “We’re all going to die someday. Live a little.”

Holtzman’s story, titled “Live a Little,” is one of 18 nonfiction narratives in the book Same Time Next Week: True Stories of Working through Mental Illness. The book is a collection of intimate stories by those who have faced mental health issues, as well as therapists, who sometimes face their own personal psychological issues, or challenges that come up in working with clients.

Holtzman describes in the story the overpowering anxiety has kept her 40-year-old client from driving and working. And Ann rarely leaves the house.

Being born to an irresponsible teenage mother and her own drug use are part of Ann’s story.

Holtzman has empathy for her client, and understands the difficulty of Ann’s struggle to create a life that is functional and healthy. But progress is disturbingly slow.

“I think about my years practicing psychotherapy, the privilege of listening to people dream aloud about the kind of life they want, and watching their efforts to make it happen,” says Holtzman. “Their improvement is, in fact, my therapy. They give meaning to my life and keep my angst at bay.”

One Therapy Approach Does Not Fit All

Not seeing substantial change in Ann, Holtzman decides the best plan is to be as flexible as possible.

“I pack the cognitive therapy tools back in the box and stop trying so hard to make Ann better,” says Holtzman. “I go back to what I think I do best – listening. Her stories pour out, creating an urgency to have someone witness her life. I imagine that my quiet attention to her words feels like a downy comforter, softening the boundaries between us.”

Then the time comes when Ann has to go back to work. She practices the commute with her boyfriend a few times before she does it alone. The day for her return to work arrives and she makes the drive successfully. Every day it becomes easier.

Thinking about cognitive behavioral therapy, the psychologist realizes that Ann’s perseverance in driving, in spite of her anxiety, probably helped her overcome that anxiety-provoking situation.

“So perhaps the tools of cognitive therapy helped after all,” says Holtzman. “In the end, I cannot say for sure why Ann finally improved.” She finds out about more positive changes Ann makes in her life. She takes up figure skating again. She reconnects with an old friend. She takes a watercolor class.

Holtzman’s sense of hope is strengthened as she begins to see Ann “live a little,” and then a little more, and a little more.

Passing on Healing Psychotherapy to Others

In another of the nonfiction narratives, “What Would My Mother Say?” psychologist Annita Sawyer tells a conference of the National Education Alliance for Borderline Personality Disorder about her own attempted suicide at the age of 17 and being hospitalized. It was a bold revelation for a therapist, but Sawyer decided to break down what some may consider a divide between those who help through psychotherapy and those who are helped.

Sawyer tells of finding a psychiatrist “whose steady centeredness, flexibility and sense of humor got through to me. Over time, I grew to understand that everything I did has a reason, and that together, my doctor and I could figure out what that was. I no longer felt alone in the universe.”

Knowing that helped her move forward. She married, raised two children and continued her education to become a clinician.

“I was determined to pass on the healing psychotherapy that saved my life,” says Sawyer.

Pushing Back Against OCD

In the story The Dictator in My Head, Kurt Warner pulls back the curtain on his struggle with obsessive compulsive disorder.

“It does not care what day it is, what I am doing, or where I am. This tyrant gives me orders endlessly,” says Warner, who has a master’s degree in social work and has had his work published in the academic journal Disability and Society.

“However, I remember that simple rule that I have written in my journal many times,” he says. “I feed OCD by obedience and starve it by disobedience. This rule, and the knowledge that it really is powerless to do the things it threatens, can embolden almost anyone who fights this demon to make his or her life more bearable.”

His realizations add up to strength and courage to push back against OCD.

“I know that it will never destroy me because I will fight back every step of the way with the support and tools I have acquired,” says Warner. “Education, family support and rebellion enabled and continue to enable me to stand up to the dictator in my head.”

The revealing narrative nonfiction pieces collected in this book allow us to look behind diagnoses, medications and therapies and into the hearts, minds and souls of clients and therapists who change their lives, and the lives of others in their ircle. These are changes that often begin simply by meeting at the same time, next week. 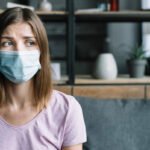 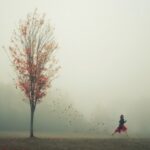