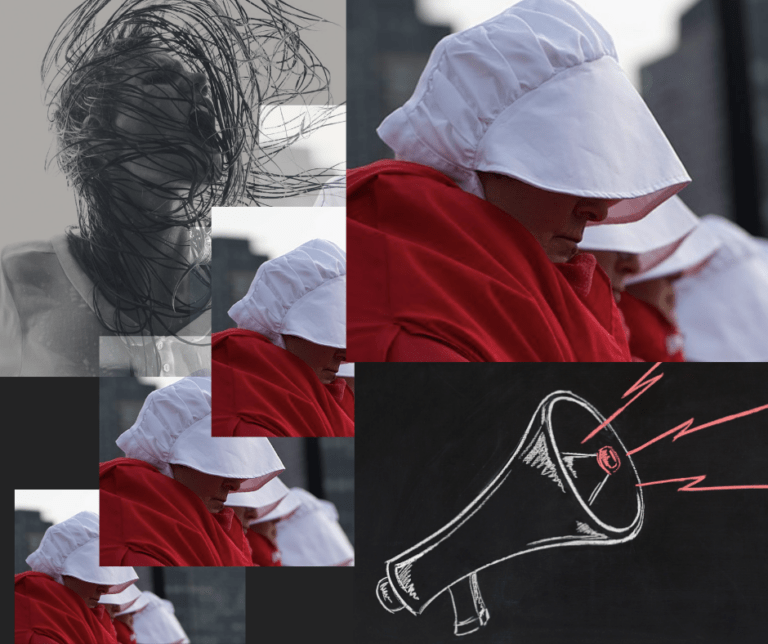 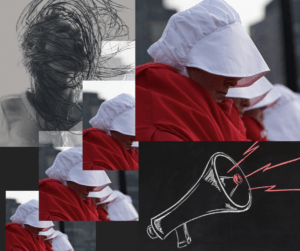 Have you been watching The Handmaid’s Tale? If you’re like most of us who have been quarantining at home, it means you’ve been all over TV and movie streaming services. While the pandemic has made so many feel like we’re already living in some bad dream dystopian nightmare society, it’s possible you’ve take a break from real life to catch up with an actual bad dream dystopian nightmare society: Hulu’s “The Handmaid’s Tale.”

Okay well it’s not not actual because its TV, but spend 15 minutes watching the show and you quickly realize how real it is for the characters involved. If you’re already well-versed in the land of Gilead, skip down to “Signs of Rage”  — but for anyone needing a brief intro (without spoilers!), here we go…

“The Handmaid’s Tale”  is a TV show that takes its name from title of Margaret Atwood’s 1985 novel. Atwood set out to create a dystopian society (and boy does she ever) inspired by 17th-century American Puritan theocracy — among other grisly periods in history — where “casual attitudes toward women are taken to the extreme.” What follows in the TV series is the tale of June, assigned the role of a “handmaid,” equivalent to child-bearing servitude. She lives in a post-Second American Civil War where a totalitarian theocracy reigns supreme over everyone.  Any more than that gives too much away, so we’ll have to stop there.

There’s a psychological theory offered by Freud that “depression is anger turned inward.” That notion comes from Freud’s paper “Mourning and Melancholia.” With scientific leaps in understanding the brain, that theory about the relationship between anger and depression continues to be debated and questioned. It’s a healthy dialogue for us, even though it would get you punished in “The Handmaid’s Tale.”

What can “The Handmaid’s Tale” teach us about female rage?

No one would ever want to live in the world June does, however we don’t have to look too far from home to see how and why righteous anger and rage are prevalent in society — especially among women. The ongoing fight for fair wages, affordable childcare, safety from domestic violence, and a whole host of other issues face the contemporary women, and even though significant progress has been made since 1960’s feminist movements, we still have a long, long way to go before any woman alive would be without a reason for rage.

University of California Berkeley psychology professor Ann Kring reviewed studies of gender and anger and found women felt more shame and embarrassment after an anger episode than men. Kring found people use words like “bitchy” and “hostile” to describe angry women, while many tend to describe an angry man as “strong.” Men more often tend to express their anger verbally or physically, while women frequently express anger by crying, which can add to the perception of “sadness.”

The criticism and characterization of angry women is not pretty — but anger isn’t about being pretty: it’s about being heard and honored. Jamison points out archetypes like the witch casting spells. The playwright William Congreve wrote in a 1697 play, “Hell hath no fury like a woman scorned.” While archetypes and plays are fueled by drama, the good news is that your anger doesn’t have to hog all the stages in your life. Anger is a supporting role that steps in when necessary, and there are tips, tools, and techniques to make it work for you.

How The Handmaid’s Tale Uses Anger for Positive Change

There are instances when “righteous anger” applies. Anger is a natural human reaction to injustice and cruelty. Anger is a survival mechanism. A response of anger can be used to change personal behavior, perhaps by working with a psychotherapist to understand the triggers and figure out when anger is appropriate. When change is necessary, a therapist may offer guidance on healthy ways to respond to anger. The energy of anger might be transformed to make a positive change in personal or social behavior. Or, like in the case of June, empower you to survive the worst.

Once Jamison acknowledged her own anger, she transformed it to action. “Confronting my own aversion to anger asked me to shift from seeing it simply as an emotion to be felt, and toward understanding it as a tool to be used, part of a well-stocked arsenal,” she says. For example, she walked in the Women’s March in Washington, a public commentary on her part that some things affecting women need to change. She’s going be part of that change, as anger “demands that something happen.”

It’s April — but what about June?

Well, we can’t tell you yet what happens to June as she attempts to survive the horror that is her life in “The Handmaid’s Tale,” but we can tell you there is hope for the rest of us. Whether its the stress of living in a COVID-19 landscape, changes in home and family situations, or plain old garden variety justified rage! at the state of society and the world, anger isn’t meant to be suppressed.

Anger is neither “good” or “bad,” but a valid emotion just as much joy, shock, and sadness are. As Jamison describes, it’s an emotion to be used as a tool for self-edification and as a signal to honor the self — it’s not to be used as a weapon to berate ourselves for having it (or take it out on others).

It’s easy to dismiss “The Handmaid’s Tale” as pure fiction and entertaining escapism. But we can take some real world advice from its furious females. Anger and rage are part of life — typical and healthy of a conscious/feeling/thinking human who is reacting to something that stings their soul or is antithetical to their values. Anger and rage are part of being alive —  if we take any page from June’s book, it’s that focusing one’s anger on a plan to move forward fires the belly for hope.

Jamison, Leslie, “I Used to Insist I Don’t Get Angry. Not Any More. On Female Rage,” The New York Times Magazine

Atwood, Margaret, “Margaret Atwood on the real-life events that inspired The Handmaid’s Tale and The Testaments,”  Penguin Random House

Meyer, Robinson, “The Righteous Anger of the Parkland Shooting’s Teen Survivors,” The Atlantic 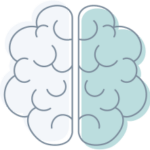 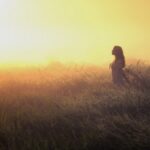 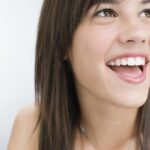